Previous article 8 key features that make iPads the perfect learning tool
Next article Autumn is here: Is your school boiler up to scratch?

Why should kids learn to code?

Why should kids learn to code? Well, it will be a vital part of their futures, so teach them while they’re young and they’ll quickly get to grips with it. 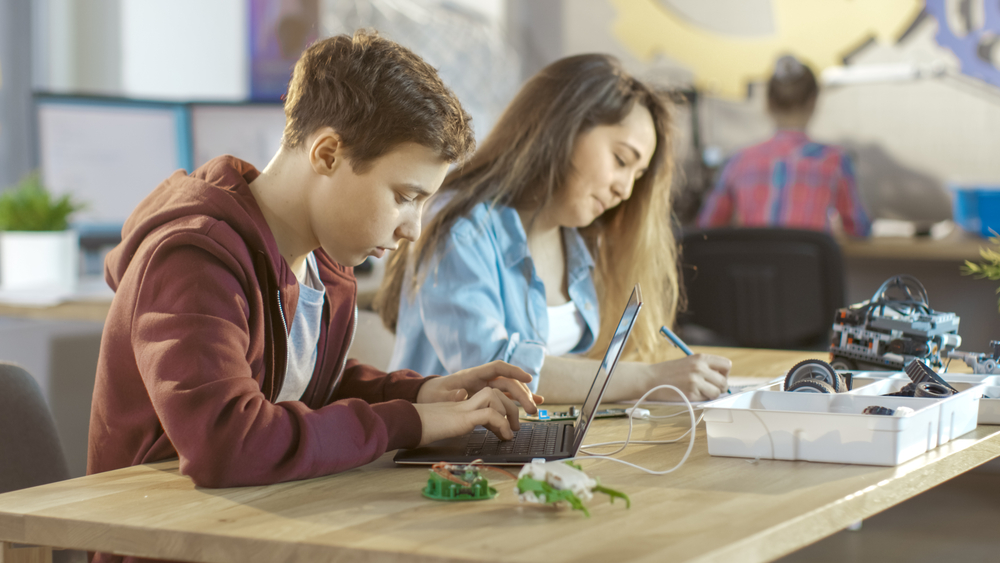 Helping kids learn to code is fast becoming part of the school curriculum.

Why? Well, some clever bods in the education sector worked out that it’s going to play a huge part in their students’ future!

Here we’ll look at coding, why it’s so important, and what you can do to help your kids learn to code in the classroom. Enjoy!

You probably know it exists, have heard people talking about it, but have opted to leave the intricacies up to the computer nerds.

This approach won’t work anymore – especially if you’re going to be teaching it to your students. But don’t worry, we’ll break it down for you so you know what’s what:

1) Coding makes it possible to create computer software, apps and websites. Without it, most modern technology wouldn’t work.

2) Put simply, code tells computers what to do by turning the transistors inside them on and off in certain combinations.

Binary code – perhaps the most famous code on the planet (after Da Vinci!) – is the visual representation of this. The combinations of zeros and ones are grouped together into bytes where each of the eight digits represent a transistor (on/off switch).

A modern computer contains millions of transistors, so has billions of possible combinations. This makes it tricky to write out code in binary, so we’ve had to find another way to go about it…

There are thousands of different programming languages that can be applied to different tasks. The most popular are:

These languages make coding much easier to write, read and understand. Simply write an instruction in the programming language, saying “Print ‘Hello class!’” and it will translate this into binary on your behalf and tell your computer to do just that. It’s that easy!

So, why should your kids learn to code?

We all know that millennials, Gen Z and those who follow them, are going to experience a lot of technology in their life. Learning to code will help your students understand exactly how this new tech works, and empower them to do new things like:

It also will help them develop several other key qualities, such as:

If you help your kids learn to code now, you’ll be preparing them well for later life. And, if you start teaching this while they’re young, it won’t be too tricky for them to grasp!

How to help them learn

There are several things you can do to help your students learn to code, and luckily there’s a wealth of online support for this too.

Google has a specific program called ‘Made with Code’ that helps students of all ages grasp the topic. There are also hundreds of learning apps and games that make coding much more enjoyable – ‘Daisy the Dinosaur’ is great for KS1, while older students could try ‘Swift Playgrounds’.

It really helps your students get to grips with coding if you show them real-life examples of it at work. You could show simulations on your interactive screen, watch YouTube videos of code operating in unusual places (the ‘Mars Rover’ is a good one), or even code something in the classroom.

So, there you have it; a crash course in getting your kids to learn to code. Why not try it out today?

Want to give your students’ learning a boost? Talk to Utility Rentals!